For the sixth year running, Forces’ charity uk4u Thanks! delivered thousands of Christmas Boxes to all those serving overseas or in hospital over the festive season. 22,500 boxes were sent to members of the Royal Navy, the Army and the Royal Air Force to ensure they had a present to open on Christmas Day, and to let them know that members of the public at home were thinking of them.

Boxes this year had been sent around the world wherever UK Forces are serving, including Afghanistan, The Falkland Islands, Ascension Island, to ships and submarines on deployment, and to hospitals in the UK where personnel were resting and recuperating.

Brigadier Alister Davis, Commander Joint Force Support in Afghanistan said:  “The uk4u Thanks! initiative is always very well received by service personnel deployed away from home at Christmas. While operations continue, it’s good for the men and women to be able to take time out to enjoy a little Christmas cheer and be reminded of the support which is given to them by the UK public through this worthy initiative.  A huge thanks from us all”.

One sailor who received the box said:  ‘It was a Godsend with my own presents missing the Santa delivery to the ship, so I had something to open up.  Many thanks, keep up the good work’

All of this Christmas cheer was made possible through the donations from the public and the charity’s sponsors. The Christmas Box has become a popular tradition for the Armed Forces, so why not help us make future boxes better than ever and donate to our campaign? Click Here 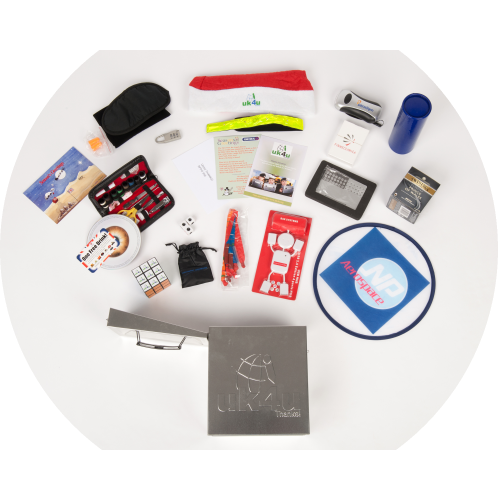 We rely on your generosity.
Help us to reach out to as many of our troops as possible.

We would like to thank everyone who has supported us over the years, here are a few.