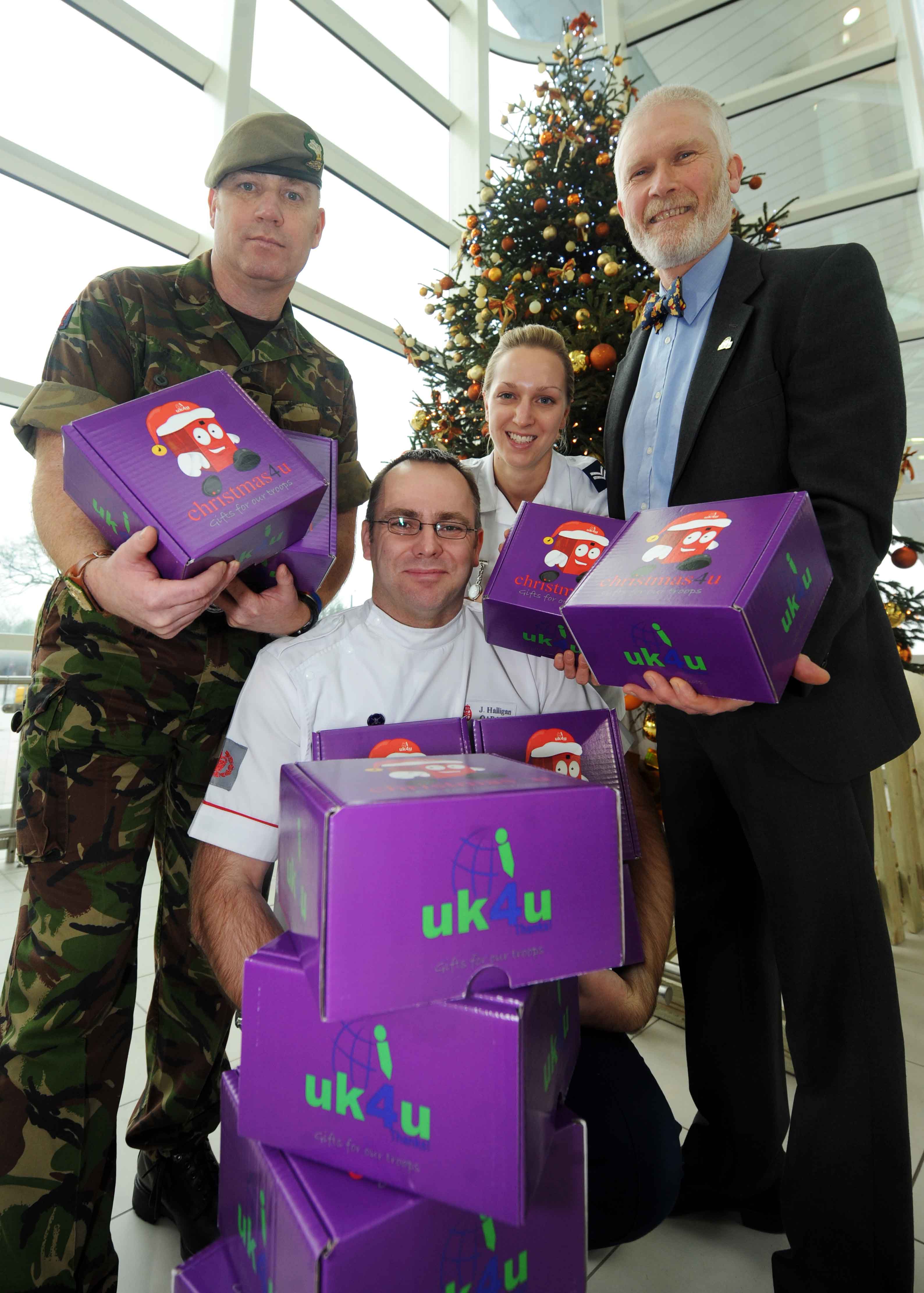 As part of the Christmas Box 2011 distribution to members of the UK Armed Forces on operations and away from their families and loved ones at Christmas, Operation Christmas Box trustee Charles Wookey delivered a number of them to Queen Elizabeth Hospital (QEH) Birmingham before Christmas.  These gifts ‘from the nation’ were also sent to The Princess Mary’s Hospital in Cyprus as well as medical facilities in Germany.  The Commanding Officer Group Captain Wendy Williams RRC and members of her staff at QEH received them for distribution on Christmas day to our Armed Forces personnel who are recovering from their injuries received whilst on operations and unable to be at home over the festive period.